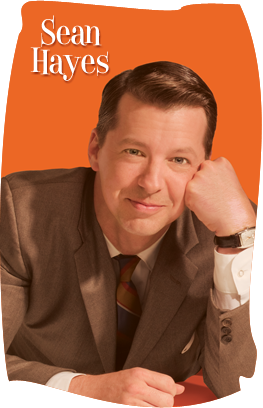 Hosting an award show can be a daunting task.  He/she should be funny without being too offensive, possess great style and have the ability to keep energy of the event high.  This year the Tony Awards could have no better host than Sean Hayes.  The Broadway rookie has been announced to be the host of the 64th annual award show that toasts the best of Broadway.  “I am absolutely thrilled to be hosting the Tony Awards,” said Hayes. “As the new guy on Broadway, it’s an honor to be included in the established alumni.”  While Hayes is a new comer to the Great White Way, he is definitely comfortable being center stage.  Sean Hayes was a comedic sensation as Jack McFarland in the hit show Will & Grace, which ran for eight seasons on NBC.  Currently he is wowing audience-goers at the Broadway Theatre in Promises, Promises.  Witty, charming and full of liveliness, Sean Hayes should fare well as he joins the pantheon of legends that have hosted the Tony Awards.  June 13th  promises to be quite a night.