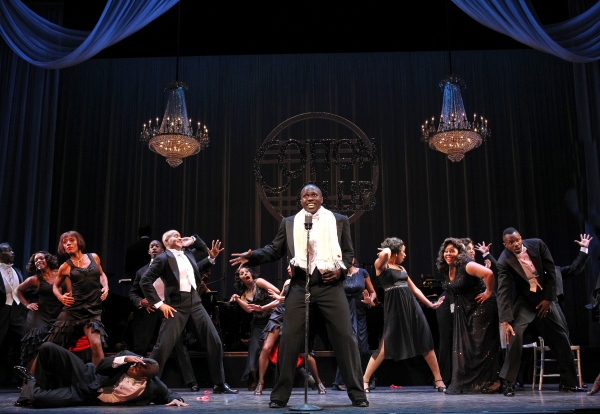 As a child I learned not to fool with the art of resurrection.  It is an act that should only be performed by the gods. Tinker with it, and you guarantee folly – The Exorcist taught me that –but when music is involved, you can almost ensure success.  And when a musical titan the likes of Wynton Marsalis is overseeing the music, you know it will be a masterpiece.  Such can be said about Cotton Club Parade; it revitalizes the era of The Harlem Renaissance with toe-tapping pleasure, pizzazz and the elegance of Ellington. 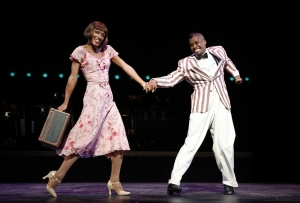 Imagine getting on the A train and instead of it taking you to the Harlem of today, it transports you back to a Harlem that buzzed with intellectuals such as W.E.B Dubois and Paul Robeson, luminaries like Zora Neale Hurston, Claude McKay and Langston Hughes and at night sizzled from the red hot jazz of Cab Calloway, Count Basie and Sir Duke.  Well hep cats, I’m here to tell you that time machine is Cotton Club Parade. 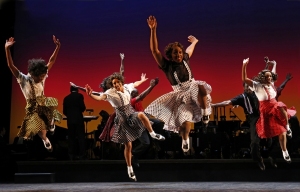 Cotton Club Parade ignites a spark that captivates the audience for 90-minutes without ever diminishing its flame.   For jazz lovers, the musical revue reintroduces the music and arrangements of Duke Ellington, and for audience members not familiar with music of The Cotton Club the show acquaints them with a vivacious, harmonious time in American music and pop culture that has long rested in the shadows of the  “15-minute” sensationalized society we have become accustomed to.  And in an effort to recognize the art of a more modern era, Cotton Club Parade infuses urban dance techniques like the moonwalk, made famous by Michael Jackson and is a staple in hip hop dancing.  But what I found most interesting about the connection explored in the dancing is how art and pop culture is a constant evolution of itself.  Cab Calloway did early variations of the moonwalk in the 1930s. 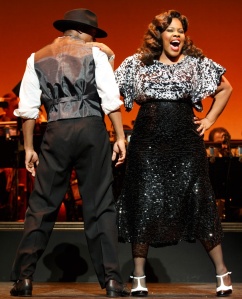 Along with the modern dance elements, the choreography of Warren Carlyle was spot-on.  I haven’t seen such spectacular live hoofing in ages!  The Nicholas Brothers and Josephine Baker would’ve been proud.  The ensemble and Jazz at Lincoln Center All Stars work like a well-oiled machine – no cracks in this production – no sir.  It is a buffet for the eyes and ears.  Audience members feast on selected texts from poet Langston Hughes and wonderful renditions of classics like “Diga Diga Doo”, “Ill Wind”, “Stormy Weather”, “I’ve Got The World on a String”, “Don’t Mean a Thing” and “Creole Love Call” courtesy of Glee’s Amber Riley, Joshua Henry, Carmen Ruby Floyd and others. 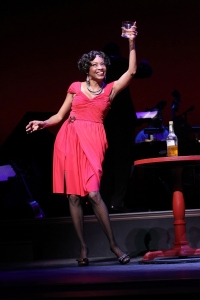 Last year Cotton Club Parade played at New York City Center, and Encores! jumped at the opportunity to showcase the production again this year.  And why wouldn’t they?   It is a wonderful awakening of The Harlem Renaissance and the artisans that made it such a significant movement in American history.  The show played its last performance at the City Center on the 18th, but it is my sincere hope that this production will play other famous theaters in NYC such as the Apollo and Lincoln Center and will tour nationwide so others can marvel at the brilliance of this show the way I did.