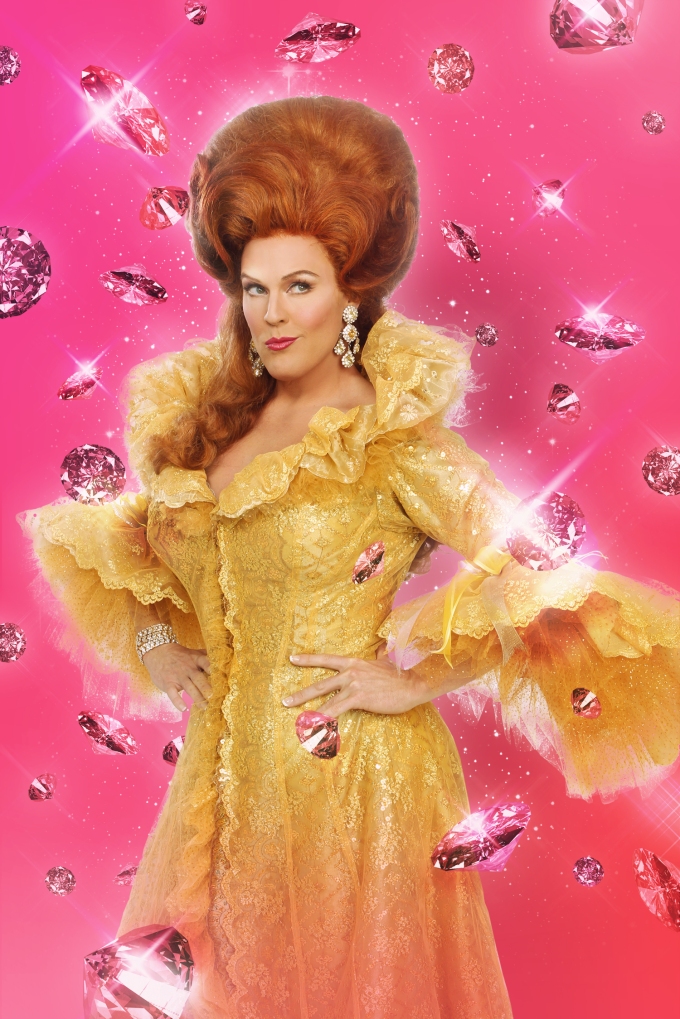 Deep in the heart of the Theatre District sits a production that shines just as bright as the stars in the Texas sky,  is as funny as a Hee Haw episode, with music that would rank on the top 10 of any WSM AM radio show countdown.  Country is getting its turn at bat once again, and it is swinging for the fences with Lucky Guy, a production that is all about the most important rule in music – rule 4080 – people in record industry are shady. 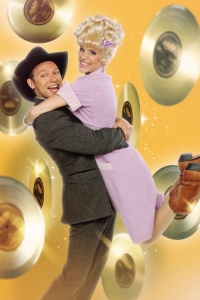 Nashville is the Mecca of country music and it breeds recording stars the way Kentucky breeds champions. This is why Billy Ray Jackson, played by Kyle Dean Massey, has come to Music City.  Billy Ray won a matchbook songwriting contest, sponsored by Wright Records, and has come to Nashville to record his song and become famous.  G.C. Wright, the owner of Wright Records, has also eagerly awaited the arrival of Billy Ray.  He believes “Lucky Guy” – Billy Ray’s winning song – will save his struggling record label.  This possibility does not sit very well with G. C.’s cousin, Big Al Wright.  He is the proprietor of the most famous used car dealer franchise in Nashville and wants the property Wright Records resides on to expand his car empire.  Big Al contrives to hustle Billy Ray and G. C. out of the song and enlists the help of Miss Jeannie Jeannine, the queen of country music, to assist him with his plan.  She has not had a hit since before Johnny Cash started wearing black and “Lucky Guy” is just the tune she needs to reclaim her spot at the top.  Jeannie begins to employ all her womanly wilds, which are plenty, and star power to try to seduce naive Billy Ray, but he only has eyes for Wanda, the secretary at Wright Records. 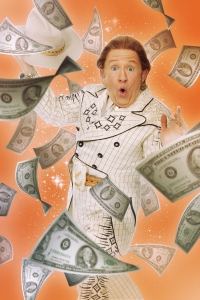 The bamboozle is all set take place during Big Al’s Grand Ole Opry show.  But Jeannie has a change of heart after realizing that Billy Ray is an earnest country guy that is devoted to another woman.  Even after Big Al puts the pressure on, Jeannie transforms herself from conniving villainess to heroine, saving Wright Records by allowing Billy Ray to sing his song on stage.  G.C. and Big Al come to an agreement about the property.  G.C. finally makes an honest woman out of his girlfriend, the gossiping hairdresser/wanna be country singer Chicky Lay, and Billy Ray and Wanda are ready to make it a double wedding.  Jeannie maintains her status as the queen of country music and all is right in Nashville.

Lucky Guy is being advertised as, “A big new musical at The Little Shubert Theatre,”and they ain’t telling no lies.  Playwright and director Willard Beckham has got himself a winner.  The laughs that will come from your gut will be as enormous as the wigs glued to Miss Jeannie Jeannine’s head.  The score is a great representation of country music, the melodies are earthy and the lyrics are relatable and impressive.  Before you know what hit you your head will be swaying and your toes will be tapping in your shoe.  The eye-popping sets are colorful and homey and the choreography is electrifying.  The cast is the sugar in the sweet tea of this musical, and oh how sweet it is.  The Buckaroos, played by Callan Bergmann, Xavier Cano, Wes Hart and Joshua Woodie are the buffed minstrels and dancers that give the show a healthy dose of eye candy.  Not to be outdone is Kyle Dean Massey, FAMERS can you say sexy?  Massey is a dreamboat that can sing and act.  What else do you need? Savannah Wise as Wanda Clark is as sugary as a ripe Georgia peach and could give Taylor Swift a run for her money.  Jean Colella is hysterical as Chicky Lay and Jim Newman is equally as comical as G.C. Wright, but the best lines and stomach crunching cackling came courtesy of Varla Jean Merman and Leslie Jordan.  As a legendary drag queen, Merman is already entertainment royalty.  The role of Miss Jeannie Jeannine was tailor made for her talents.  She is vivacious; the audience could not get enough of the blue jean queen of country antics.  Leslie Jordan is J.R. Ewing in bespangled cowboy boots.  His omnipresent presence and sarcasm is so outrageous it is sublime. 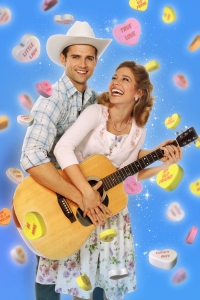 I view this production as the little musical that could – since its 2009 premiere in Connecticut, it has been picking up steam.  I firmly believe it will not stop until it has reached Broadway.  Lucky Guy is playing a 12-week limited engagement; promenade on down to The Little Shubert Theatre and get yourself a good ole heaping of some country-fried fun.

4 thoughts on “Off-Broadway Gets Lucky”