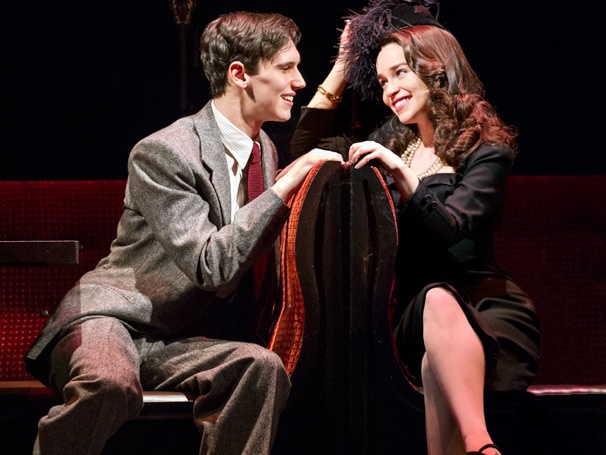 It’s a good thing that Audrey Hepburn and Truman Capote have gone on to their greater glory so they wouldn’t have to bear witness to the goings on at the Cort Theatre.  On the other hand, maybe someone should’ve performed a séance before curtain call, so that their presence could guide the cast.  Breakfast at Tiffany’s was one of the productions I was most looking forward to this season.  Sadly, I must report that the core of this production, which on the surface seems to be about beautiful people sipping martinis and champagne, is a flat as an eight-day-old open bottle of Pink Champale.  It was unconvincing, inauthentic and could evoke more zzzz’s than a bottle of Ambien.

The 1958 Truman Capote novella of the same name and its protagonist Holly Golightly are iconic symbols of American literature and culture.  Audrey Hepburn became synonymous with the character after portraying her in 1961 film.  Unfortunately, this production didn’t bring with it the spirit of Holly Golightly or the colorful characters of Capote’s book or Blake Edwards’ movie. 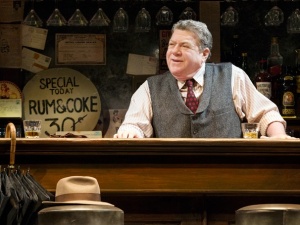 Sometimes it is difficult to step into shoes that are as recognizable as Dorothy’s ruby slippers.  Nevertheless, it can be done.  Patti LuPone’s Evita was legendary, but Madonna (who isn’t necessarily known for her acting chops) gave the role new life when she played the larger than life wife of Juan Peron for the silver screen.  Outside of George Wendt, most of the cast’s feet were just too small to fill and walk in shoes of these characters.  It is rare that I can’t find one redeeming quality about a production, but as hard as I wrack my brain, I can’t find one.  Breakfast at Tiffany’s was more like breakfast at Denny’s there was no moon river, no dose of fabulosity.  Holly Golightly said it best when she explained to her husband Doc, “You musn’t give your heart to a wild thing. The more you do, the stronger they get, until they’re strong enough to run into the woods or fly into a tree. And then to a higher tree and then to the sky.”  In essence, that is the problem with Breakfast at Tiffany’s, Richard Greenberg and Sean Mathias gave their hearts to a wild thing that had flown the coup way before it hit the stage.

One thought on “Breakfast at Tiffany’s on Broadway, Where are Audrey and Truman When You Need Them?”