The Chinese New Year predicts 2010 to be the Year of Tiger, which brings about the chance for big change and prosperity.   One half of House music’s royal couple is taking this prediction to heart as she released her new album “Anane’s World” on Nervous Records February 16. 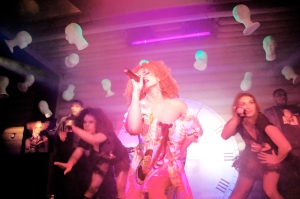 “Anane’s World” is an eclectic journey into the musical mind and talent of this Cape Verdean singer, songwriter, producer and DJ.  Yes, Anane can do it all, the proof is evidently clear with this album.  From the first track to the last, Anane provides her listeners with different flavors on each track.  Each song is a new introduction, a new facet showcasing the many influences that have shaped her as an artist. 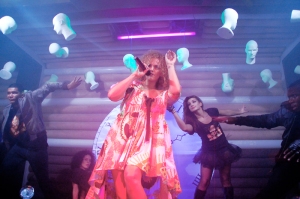 “Walking on Thin Ice” is a grooving remake to Yoko Ono’s classic; her sexy vocals offer balance to the guitar riffs and electro-techy beats and pays wonderful homage to an already wonderful song.   Her sultry vocals and the composition of “Ben Ma Mi” have an awesome chillastic vibe and automatically sweeps you to a destination where sandy beaches and umbrella drinks are all that matter.  “Bigger than Life” is a hip-swinging, vogue posing, whacking kind of track that is sure to get drinks down and booties on the floor.  “My Sexy Way” is a funky track that makes head bobbing and body touching a must. 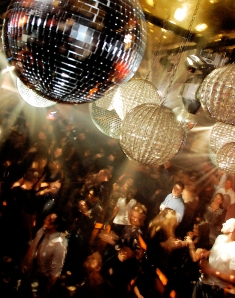 Anane could easily rest on her laurels as a model and the wife of legendary producer and DJ Louie Vega, but the music inside her soul refuses to stay dormant.  Taking all the fierceness of a tigress, Anane has set a blazing schedule for herself, as she brings “Anane’s World” on tour throughout the U.S. and abroad.  Since January, Anane has played dates in San Francisco, LA, Las Vegas, Chicago, Toronto, NYC and Italy.  In March, she will visit Miami, Morocco, Paris, London and Geneva.  “Anane’s World” is a pick for F.A.M.E NYC and provides a proper entry into the world of House music for any Househead, dance music enthusiast or novice. To download “Anane’s World” visit, http://www.traxsource.com/index.phpact=show&fc=tpage&cr=titles&cv=48414.