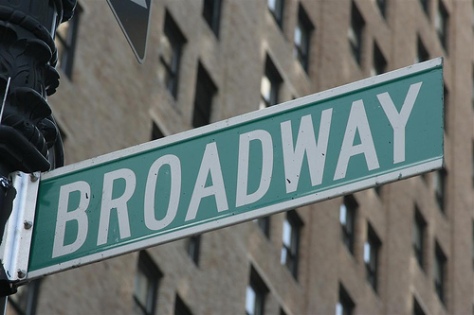 “The Lullaby of Broadway” from the musical 42nd St is one of the most recognizable songs to ever be sung on a theater stage, but in the wake of the digital age, the adaptation of this lullaby is being delivered differently than when the tune was originally written.

It is fair to say that the internet has become a bit of a conundrum to those in the arts and entertainment field.  Industries like publishing and music have suffered while trying to decipher how to adapt and maximize the new way in which the world receives art and information and ultimately remain profitable.  Broadway has not been exempt in this digital wave, but here to navigate Broadway and off-Broadway productions through vast wilderness of the internet is Art Meets Commerce.

Starting with one client, a small off-Broadway production at the SoHo Playhouse titled Room Service, three years ago Art Meets Commerce has grown into a multi-services company that provides internet marketing, web design, advertising and video packages to an array of Broadway and off-Broadway shows.  Their current client roster includes Fela!, A Little Night Music, Stomp, Rock of Ages and the upcoming revival of Promises Promises.

The AMC team is comprised of individuals with a wealth of knowledge and experience within the entertainment industry giving them an advantage when crafting exclusive, boutique campaigns designed for needs of each show.   With their deep understanding of internet branding, Art Meets Commerce’s clients are not only exposed to Generation Y, but other generations as well.  Their hands-on approach allows them to cultivate a following for the shows that transfer over when a client takes a show from off-Broadway to Broadway, as was the case for Fela! and Rock of Ages. 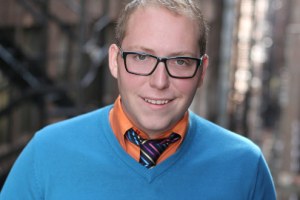 “I think it is very important to reach out to new audiences, to get them excited about the shows we work on.  There is a misconception that the internet and social networking is for kids, [but] I completely disagree,” states Jim Glaub, AMC’s interactive creative director, “I think it’s an easy tool to communicate and that’s why people of all ages are grasping on to it. It’s still very new; it’s changed so much from just a year ago.  There are so many things that have changed with how to use social networking [and] the internet.  For me it is about trying to keep on top of the changes and meanwhile test and try new things for each of the clients.”

There is nothing like the experience of live entertainment whether it is a play, a musical or a performance from a dance ensemble or Grammy award-winning artist.  The energy that is shared between the audience and the performers on stage creates a spark of electricity that cannot be duplicated making each performance a unique journey.  It is this exact distinct power that is can be lost when trying to translate live theater to the internet and sites like You Tube, and it is this dynamism that Art Meets Commerce infuses into social networking sites and other client sites.  As a person that has had a lifelong love affair with the arts, it appears to me that Art Meets Commerce is a necessity for any show.  By remaining on the pulse of live theater and the internet, AMC ensures that the lights of off-Broadway and the Great White Way remain luminous for decades to come.

One thought on “The Interactive Art of Broadway”