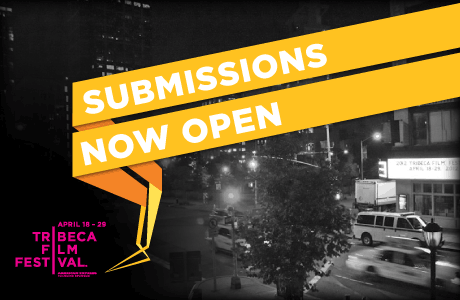 On September 19th, The Tribeca Film Festival has opened submissions for next year’s festival, which will be held April 18 to April 29.  Currently they are accepting submissions for narrative and documentary features as well as short film entries.

Below are the submission deadlines:

December 2, 2011 (6pm EST, postmark)
Official deadline for then-complete Features and for ALL Shorts

The Tribeca Film Festival is looking for the next Woody Allen, Scorsese, Spike Lee or Kenneth Branagh to showcase their talent at NYC’s premiere film event.  The next great Big Apple film may be resting in the annals of your mind, so get that camera out and submit your movie.

To learn more about The Tribeca Film Festival and its submission details, click

5 thoughts on “Get Ready for Shoot Your Close Up”