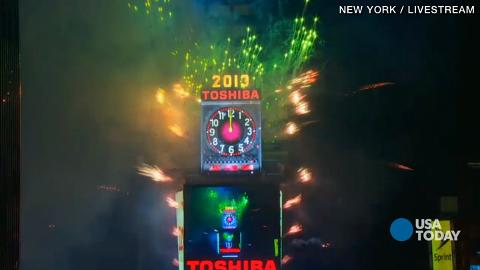 HAPPY NEW YEAR FAMERS!  It’s 2013 and we’re still her e!  Apocalypse what…apocalypse who?  Guess the Mayans didn’t know what they were talking about and to this end I shall quote Sweet Brown by stating, “Ain’t nobody got time for that.”

But I digress, 2012 was some year and while the world anticipated on bated breath for the four horsemen to arrive, for us in the Tri-State area, it did seem like the shadow of the end of the world was hovering over New York, New Jersey and Connecticut.

Once again I’d like to extend my sincerest appreciation for all of you that have continued to ride the wave of F.A.M.E NYC for another year.  I was told by a reader that F.A.M.E NYC is the “underground Time Out”, and I took it to be a major compliment.  Thank you for allowing F.A.M.E NYC to bring you the Big Apple as I see it.  I hope you will continue this journey with me and tell some friends (and family and co-workers too).  This year I plan on increasing the momentum F.A.M.E NYC has garnered by bringing some major changes to the site (so be on the look out for them).  And who knows, you might just find out the identity of F.A.M.E NYC’s Editor this year….

I can’t wait to see what NYC has to offer for 2013, but before I do I will take this week to look back and bid farewell to the apocalypse that wasn’t with F.A.M.E NYC’s Top for 2012.  It’s a new year FAMERS, let’s make it the best one EVER!