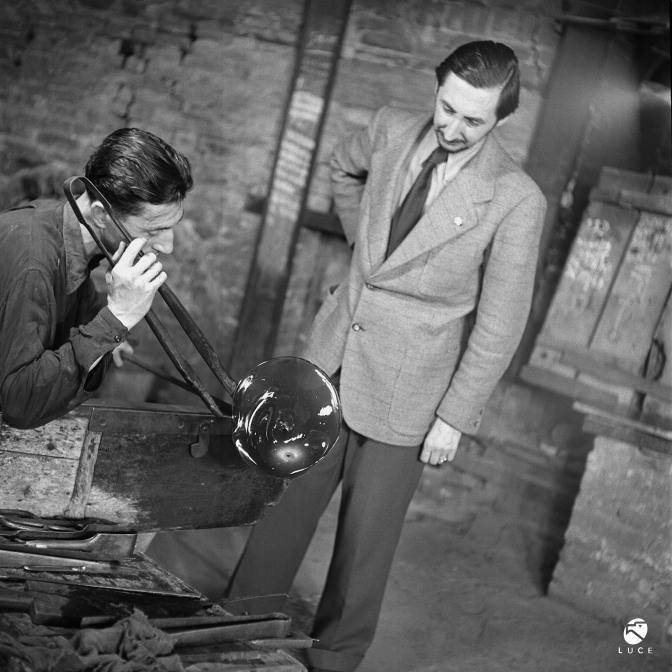 On Nov. 5, The Metropolitan Museum of Art unveiled Venetian Glass by Carlo Scarpa The Venini Company, 1932–1947.   Born in 1906 in Venice Italy, Carlos Scarpa studied architecture at the Accademia di Belle Arti in Venice and graduated in 1926 with the qualification of being “professor of architectural drawing.” Between 1926 and 1932, he worked at M.V.M. Cappellin glassworks.  During Scarpa’s next position at Venini Glassworks (1932 and 1947) his talents redefined the art glass-blowing.  The medium of glass-blowing is a tradition that spans centuries on the Venetian island of Murano.  Scarpa and the Venini factory became the leaders of innovation experimenting with surface texture, silhouettes and color.

The exhibition features close to 300 selected pieces, which are organized chronologically and divided into groups according to technique.  Two of the techniques showcased are bollicine, named for the bubbles of air trapped inside, and mezza filigrana, the art of blowing glass as thinly as possible into objects weighing just a few ounces each. Venetian Glass by Carlo Scarpa The Venini Company, 1932–1947 will run until March 2, 2014 and was made possible in part by the Jane and Robert Carroll Fund.

Photos courtesy of The Metropolitan Museum of Art