Jim Bono, a character in the play Fences, reminds the audience that fences are built to keep people out, but they can also be used to keep folks in. Within all us resides a shadow, an entity that houses our fears, doubts, anger, resentment, etc. It is our nature not to want to face the darkest part of ourselves. By not acknowledging our shadows we build a fence around it which only allows the shadow to remain and fester. Pulitzer Prize winning playwright August Wilson once stated, “Confront the dark parts of yourself, and work to banish them with illumination and forgiveness. Your willingness to wrestle with your demons will cause your angels to sing. Use the pain as fuel, as a reminder of your strength.”

Fences is an intricate, dynamic story about baseball, marriage, family, infidelity and redemption, but mostly it is about the shadow that walks with us. Troy Maxson is a man that walks in his shadow, even if he does not know it. He is a man that is resentful about the hand he is forced to play in life. As a sanitation worker he provides a life for his family, but if the prejudices of the day had not prevailed Troy would have been a star baseball player in the major leagues. He has a wife, Rose, that willing to stick by him through the mundane disappointments life has hurled at them, but he desires more. He owns a home courtesy of the money his brother receives from the military after a brain injury suffered during the war. He harbors contempt for his father for the way he was treated, but does not realize how he imitates his father’s behavior. He has two sons. Lyons, the elder son who was not raised with him, has a strained connection with Troy. His youngest son, by Rose, only wants his father’s love and approval, but for Troy young, willful Corey may be his greatest test and he keeps striking out as he threatens to transfuse his bitterness to his son. 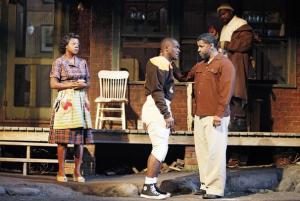 Denzel Washington is beyond brilliant in the role of Troy. Until one has witnessed Denzel Washington on stage, one can not truly fathom the talent that is inherent in this actor. Troy has all the characteristics of a certified, Grade A bastard, but Denzel Washington’s portrayal of this complex individual still compels the audience to like him and feel empathy for him. Viola Davis is sensational as Rose. Her performance turns a housewife into a heroine. Hollywood has yet to tap into the depth that this actress has to offer, whether on stage or screen her talent shines as bright as the morning sun and is as rare as a blue moon. Mykelti Williamson’s portrayal of Gabriel, Troy’s brother, is Bubba Gump on steroids – he is compelling and comical. Chris Chalk plays the rebellious Corey, Russell Hornsby plays Lyons and Stephen McKinley Henderson plays Jim Bono, Troy’s lifelong friend, all deliver pinch hits and bunts in their commanding performances.

The star power and expertise of this cast can only be compared to skill walking around in the New York Yankees’ locker room. Even Steinbrenner could not buy a better cast. Kenny Leon’s direction and the cast’s performances combine to be a Josh Gibson, cracked-bat home run out of the venue with the hardware to prove it. This revival of Fences garnered three Tony awards including Best Revival of a Play, Best Performance by a Leading Actor in a Play for Denzel Washington and Best Performance by a Leading Actress in a Play for Viola Davis.

The Cort Theatre could barely contain the energy on stage. I viewed the play from the last row of the balcony and I was on the edge of my seat leering at the stage through the entire production. When Gabriel blows his horn in the final scene signifying that a deceased Troy had made it to heaven, it felt that the audience had been redeemed along with him. This revival of Fences is the second trip of play to Broadway since its first Tony award-winning incarnation in 1987. Surely August Wilson’s presence must shadow all the actors on stage while they bring his material to back to life. There may not be any crying in baseball, but there is room to run the gamut of emotion in this production. No fence is big enough to hold this play. 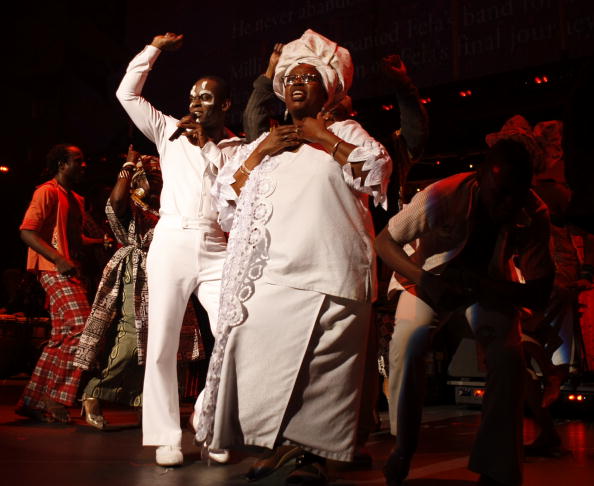 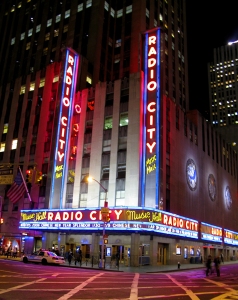 Broadway goes to Radio City Music Hall as the Tony Awards air live Sunday June 13 on CBS.  To view a list of all the nominees please visit www.tonyawards.com.  Good luck to all the nominees and we at F.A.M.E NYC will have our fingers crossed for Fela!