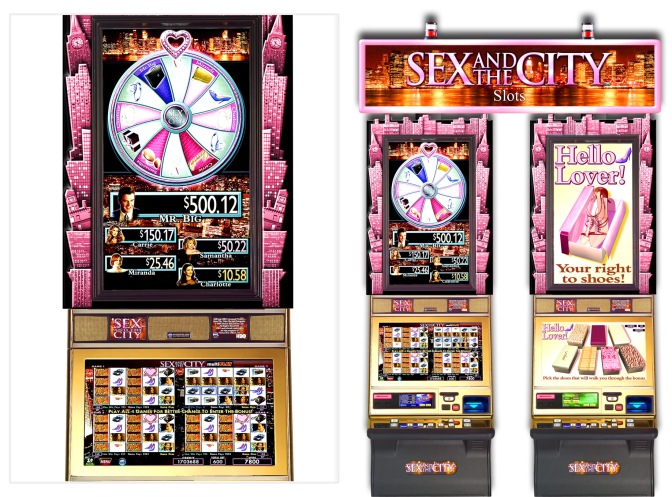 If you’re a fan of Sex and the City’s fab four, you’re going to love this. One of the oldest slot machine makers in the world, IGT, developed a game that carries with it the commercial license of HBO’s hit romantic comedy. Fans of the show will feel at home playing it, as they will find a lot of recognizable slot machine reel symbols that are actually based from the characters, setting, and theme of Sex and the City.

“I came just for this game,” said Janis Savit, a jewelry designer that the New York Mag interviewed for their Sex and the City slot machine feature. “It was more fun than doing work.”

Perhaps the success of slot machines can be attributed to how they change along with the times. No longer the traditional coin-op and lever machine, these slots have become the money-spinners of casinos thanks to their high-definition graphics, surround sound entertainment, and progressive jackpot features. According to data, the slot machine business is so successful that not only is it a $160 billion industry, but companies that offer it online are also doing very well. Cryptologic,the operator of the first online casino brand in 1996 InterCasino, is still in operation and has recently optimized their games to HTML5 in order to make their titles playable on many gaming platforms. In the U.S., the online gaming market is predicted to be valued at around $73 million by 2015.

Sex and City is the epitome of a modern slot machine. Apart from the 5-reel interface, the game offers bonus rounds and huge jackpots to players who are patient enough to hit them.

The bonus features of the game also carry with them the identity of the show that millions of Americans have come to love. For example, when players hit the “Shoe Closet” feature they will be able to see stylish shoes that the Fab Four wore at some point in the show. Another bonus feature of the game is called “Simply Fabulous” and features Charlotte wearing an engagement ring. In this game, players need to select four engagement ring boxes that would reward them credits in the end.

Click here to learn more about the Sex and the City slot machine game.