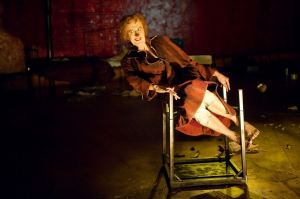 Ah, Geoffrey Rush!  What more can I say?  Watching him on stage was bliss.  He may have descended into madness, but I was lifted watching one of the greatest actors of the late 20th century perform his craft.